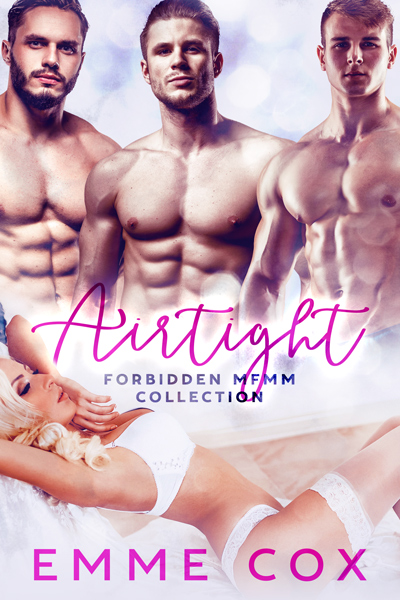 This scorching hot 3-book short story collection features handsome older men giving their best and dirtiest attention to one special younger woman. Even if it’s wrong and forbidden, these dominant sexy men will claim their eager woman hard and bare. All three of them at the same time!

BOOKS IN THIS COLLECTION

1. Their Dirty Claim
I’m fooling around with a guy outside when the three older men in charge of me catch us in the act. Jealous, they say I’m theirs. And they decide to make it true by claiming me hard and bare where anyone can see. All three of them at the same time.

2. Their Dirty Game
Eric, the older man in charge of me, says everybody has a price. And he intends to prove that to his two friends by offering me money to take off my clothes. But when I’m finally naked, the men want to play a different game. Soon, I surrender to the three older men as they claim me hard and bare at the same time.

3. Their Dirty Aim
I’m so embarrassed when Spencer, the older man who takes care of me, discovers a dirty group video I like to watch. Even more so he accurately guesses it’s my secret fantasy too. But when Spencer invites his two friends over, I learn their dirty aim: all three older men intend to make my fantasy a reality by claiming me hard and bare at the same time.

Baby Making While My Wife Watches